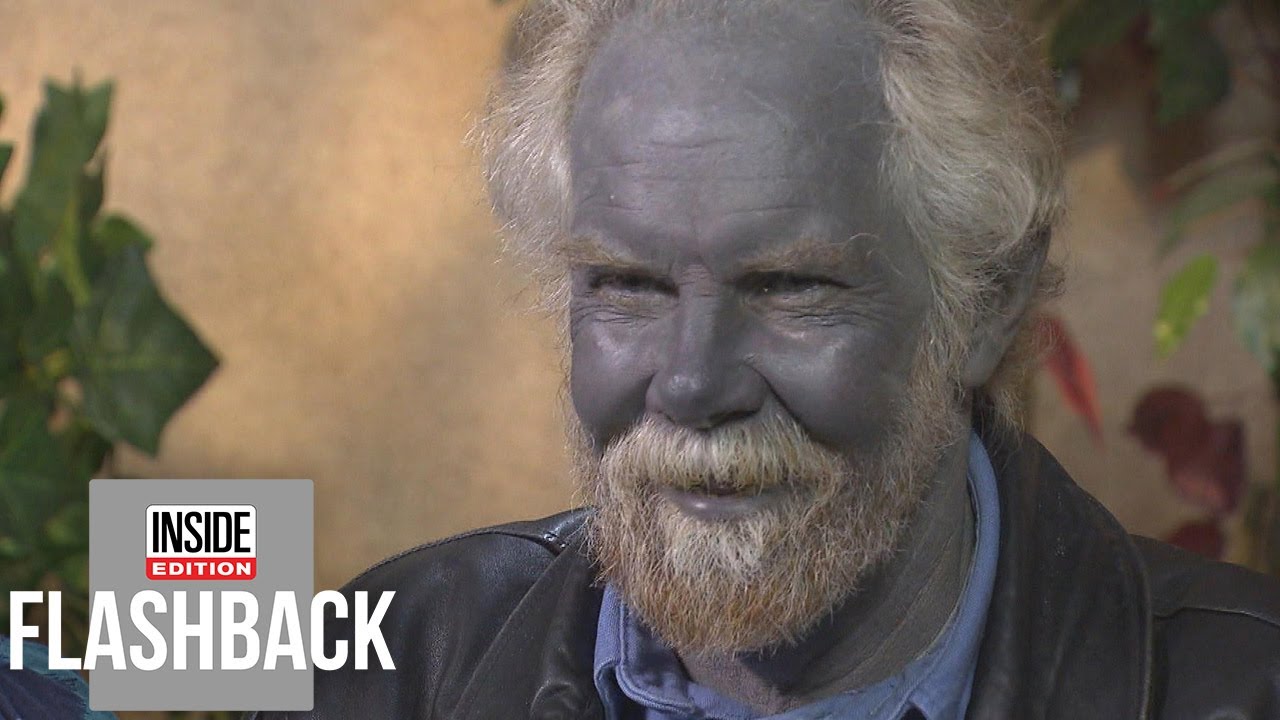 Paul Karason shocked the world when he went on national television and revealed his blue skin. In 2008, Inside Edition met Karason, who explained he turned blue when he began rubbing silver over his body to cure his flaky skin. Doctors told Karason they could not help him and he lived the rest of his days with blue skin, but he said he had no regrets. Inside Edition caught up with Karason and his new girlfriend in 2012. The following year, he passed away aged 62.

21 comments on “Why This Man’s Skin Turned Blue”

Can someone make an oxygen meme out of this

All died of a heart attack not related to the silver.

This whole video was an emotional roller coaster

The government killed him

how isn’t he dead yet?

Anyone made any Papa Smurf jokes yet?